The Ledge
by MARTYNA MAJOK
Directed By MAY ADRALES

Marsha Norman is the winner of the 1983 Pulitzer Prize, Blackburn Prize, Hull-Warriner and Drama Desk Awards for her play ‘Night, Mother. In 1992 she won a Tony Award and a Drama Desk Award for her book for the Broadway musical, The Secret Garden. She also wrote the book for the musical, The Color Purple; she received a Tony nomination for the original production and a Tony Award for the 2016 Revival. Her most recent work is the adaptation of The Trumpet Of The Swan: A Novel Symphony For Actors and Orchestra, with music conducted and written by Jason Robert Brown. Her other plays include The Master Butcher’s Singing Club, which premiered at the Guthrie Theatre; Getting Out, for which she won the John Gassner Medallion and the American Theater Critics Association Citation; Third And Oak: The Laundromat; The Pool Hall; The Holdup; Traveler In The Dark; Sarah And Abraham; Loving Daniel Boone; Trudy Blue and Last Dance. To learn more about her extensive career, visit www.marshanorman.com

This event was in partnership with The Lilly Awards. Their work celebrates women in the American theater and promotes gender parity.

🚨 Siri, remind me to watch new Viral Monologues on Tuesday night. We’re back with more #24viralmonologues on April 20th. One monologue posted every 15 minutes starting at 6 PM ET @24HourPlays on Instagram and YouTube. https://t.co/U4pS79V7Dg 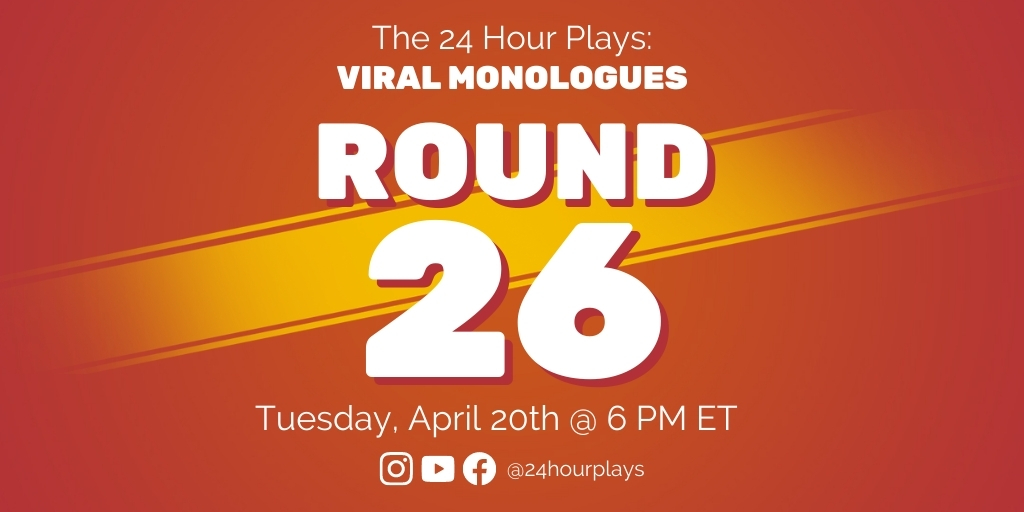 @FillouxPastry: So great to get our amazing @The24hrPlaysUK Class of 2020/21 together with the incredible @tina24hour @colemanrayclark over in the US this evening. Can’t WAIT to get cracking! https://t.co/acjTuw0uFM